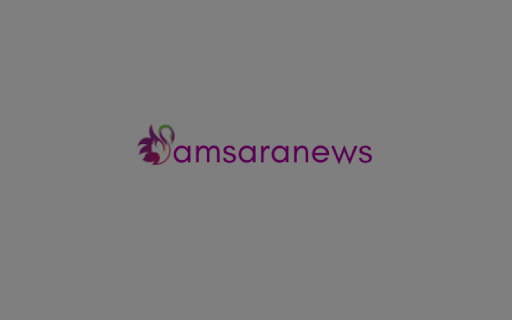 Introduction
Most people in Indonesia has been viewing abortion as an immoral action because it against the positive norms of society. As some countries did, Indonesia preserves cultural and religious based principles which support a banning on abortion. For sure, abortion is illegal in Indonesia. Unfortunately, the government seems unaware of the side effect of such policy and fails to communicate majority and minority interests which are involved. Majority is people who support government policy on banning abortion and minority is people who against government policy on banning abortion. In this setting, the government and society also failed to identify women as a victim of the government policy. This policy has disposed women who commit abortion as criminals. Those women have been dealing with people who can’t accept abortion although it is associated with women authority over their body and future. As a result, women are more vulnerable to violence because the policy has labeled women who commit abortion as criminal instead of victim.

Criminalization of Abortion
The important point in understanding abortion issue in Indonesia is to recognize that it is illegal but it can be done for some specific reasons. Abortion is illegal but it can be done if the pregnancy will jeopardize the mother or fetus and if the pregnancy is caused by rape. This abortion can be taken before the gestational age of six weeks unless to save mother’s life. Even if it is possible to have an abortion until 6 weeks of gestational age, women still do not have authority over their own decision. For instance, married woman needs consent from her husband and unmarried woman needs a parental consent. In case of rape, the parental consent needs to be given with the approval statement from psychologist or psychiatrist.

Based on the Health National Law No 36/2009, the penalties were 10 years imprisonment or a fine of 1 billion IDR for anyone who had induced abortion. In fact, due to the restricted access on sex education, reproductive health and health service especially contraception, women are more vulnerable to unwanted pregnancy that leads to the need of safe abortion.

Women who are young, unmarried, less educated, poor and living in rural area, are the most vulnerable groups and severely affected while dealing with unplanned pregnancy. At this point, unsafe abortion is the available and accessible option for them. On the other hand, the criminalization of abortion did not impact only on the number of unsafe abortion and maternal mortality but it had created many kinds of violence toward women’s rights. This policy has provided an open chance for industry of abortion to develop. Most of abortion clinics in such industry are illegal, especially in Java Island. Those clinics provide abortion services for women without the considering the rights of patients. Women were taking for granted in this situation. Moreover, many drug dealers used to cheat on women who could not report it to the police because abortion is illegal. Frankly, the circumstance has been creating many forms of violence and problem toward the issue of abortion to grow.

Based on the facts above, criminalization of abortion is violation against women rights instead of solution. The government policy was not only possessing women as an object of violence but it was also letting people to take advantage on the situation of women itself. It is hypocrisy of nation who they believe that abortion is sin and create other forms of sin which is violating women rights.

Criminalization of abortion is not a proper way to reduce the number of abortion. On the contrary, this policy made violence toward women remain unspoken. The only way to reduce the number of abortion is by giving sex education and reproductive health and an open access to health services so women will have a control over their sexual and reproductive life that will protect them from unwanted pregnancy.

SAMSARA Project for Change: Reclaiming Access to Safe Abortion
While the government and society failed to identify women as victim from the ongoing policy, women died and suffered from complications caused by unsafe abortion. There’s no time to wait any longer for the government to take action in saving women’s live. Saving the life of women doesn’t always mean to save women from severe complications, traumas, depressions and maternal deaths. Life also means the quality of women’s living condition which includes access to education, health, economy and bargaining position. Based on the situation in Indonesia, the most important thing is a real programs and strategies that will help women to access safe abortion services and create a supportive network in society to reduce stigma and discrimination. In the future, the social changes are expected to decriminalize abortion in Indonesia.

SAMSARA, an organization based in Yogyakarta has been working to promote the reproductive health, sexuality, gender, spirituality, culture and human rights on abortion issues. SAMSARA also provides access to education, information and counseling on abortion based on sexuality and reproductive health and rights. Through its work, SAMSARA has found an urgent need to inform and empower women so they have sufficient knowledge and support to choose and access a safe abortion. We believe that changes are indisputably needed, not only by supporting and empowering the women but also taking a pro active part in providing education to people; influencing social movements; expanding discourses and strengthening a supportive network.

Since 2008, we started a program called Safe Abortion Hotline where we assist women in making decision and finding a safe clinic for abortion. Actually, women should find the clinic of abortion by themselves. Our main job in this program is to provide advice to women to recognize a reliable abortion clinic, affordable, meets the medical standard and avoid them getting deceived by service provider. Mostly, women have to go through the process by themselves without any companion. In this situation, the hotline is available to assist women in the process.

In 2011, we integrated a Medical Abortion into the hotline program. The hotline promotes the use of Misoprostol which is one of recognized method in medical abortion as an alternative option for safe abortion until 9 weeks pregnancy. Hotline is assisting women in making decision, provide information and open access to safe abortion. In this hotline program, women need to confirm their decision before the hotline counselors refer them to service provider or assist them to have abortion at home. It is necessary to ensure that abortion is the decision of the women, not the decision of her partner or family.

If the women can access clinic, hotline will refer women to have surgical abortion. But most women can’t access a clinic because of the distance and price. Most women choose medical abortion. Once women get the pills, a counselor will be available by phone to assist women when women have abortion at home. Usually counselor will ask women to make notes about the process so all information will be helpful for following up the consultation process. Follow up consultation is needed to ensure that the abortion is completed. Hotline also works on the improvement of its service to help women in every step so they won’t face abortion by themselves when it is being taken.

Between May 2011 to May 2012 we received 1.425 calls, emails and face to face session. 71,1 % of the clients are unmarried women. SAMSARA considers Medical Abortion as an ultimate option for safe abortion in a restricted setting like Indonesia. Medical Abortion is not only cheaper, but it also protects the privacy of the women, gives full control and authority to the women and encourages women to focus and care over their body.

Safe Abortion Hotline is an action in reclaiming access to safe abortion. Since our government failed in respect, fulfill and protect women life, it is a time for civil society to act. The absence of real actions to change the circumstance will remain the unending violence on abortion for women. We can’t rely on government to saves women in crisis. Only by listening, supporting and working together, with or without government assistance, we can save women life. The choice is ours, whether to let the unspoken violence to continue or to change the unjust to a just world. 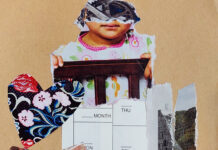 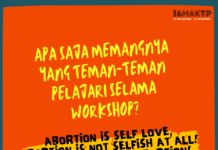 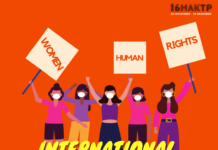