According to The Body Project developed by the Women’s Studies Program of Bradley University, Illinois, standards of beauty are arbitrary and they vary greatly both from one culture to another and over time. So is the case here in Indonesia. The beauty standards changes gradually overtime. Traditional values of beauty standard are being replaced nowadays by the media influences, cosmetic industry and their advertisements. In Indonesian beauty industry itself, one of the most popular products with the highest revenue are whitening products. This indicates that there are a lot of demands from Indonesian market that desire fairer skin. Amongst women in Indonesia, fairer skin is more desirable in comparison to darker skin. Unfortunately, many of those women doesn’t know that their darker skin is scientifically beneficial for living in tropical country such as Indonesia.

Back in the 10th century when temples such as Prambanan were built (UNESCO), the beauty standard in Indonesia does not really focus on skin color, it focuses on fertility. Beauty was defined by body proportion. Reliefs and carvings in Prambanan and also Borobudur portray women with curvy figures that symbolize fertility, which at that time is considered as beautiful. Another example of body proportion defining beauty standard took place in the Dayak tribe, long ear is considered as gorgeous.

As time goes by, the beauty standard gradually changes. Nowadays in Dayak tribes, the younger generation will take less attention in considering long ears as a significant standard of beauty. Furthermore, as globalization occurs in Indonesia and affects variety of aspects such as media and entertainment, the beauty standard is also stirred. As they often appear in television, the actress’s features had become a new beauty standard.

Around the 70s and 80s in Indonesia, actresses such as Christine Hakim, Lidya Kandou, and Marissa Haque represent the mixed race epitome of beauty in that era. Around the 90s, soap operas become very popular and programs and commercials were dominated by Eurasian looking actresses such as Tamara Bleszinsky who is of Polish-Indonesian descent. In the 2000s more Asian looking stars such as Leony, Agnes Monica, and Laura Basuki rises. And the latest beauty trend that starts from the 2010 when the Korean soap operas, music and fashion became popular in Indonesia, the Korean celebrity’s features such as milkywhite skin complexions and impeccable white teeth becomes popular (Jakarta Post 2014). Everybody wants their fair skin, which increases the demand of Skin whitening products are ranked highest among all revenue-generating products in the cosmetic industry in Indonesia. Skin whitening advertisements dominate the landscape of Indonesian women’s magazines. In L. Ayu Saraswati’s research, Cosmopolitan Whiteness: The Effects and Affects of Skin Whitening Advertisements in a Transnational Women’s Magazine in Indonesia, she focused on the effect of whitening product advertisement in popular magazine, Cosmopolitan, in Indonesia.

In that magazine the whitening cream portrayed a Caucasian model. This raises the question; what kind of beauty standards are we imposing on Indonesia women? The Caucasian models surely do not represent the market where the product is being sold at. Genetically, they do not have the same DNA constructing their skin that Indonesian women have. Moreover, this kind of advertisement also sends the wrong message towards the women of Indonesia, suggesting them to desire certain skin tone that is naturally impossible for them to have. When they are marketing whitening their products, the advertisements used by these companies are using mostly negative connotations for darker skin. A local beauty brand Ponds used to market this product called “Pond’s White Detox”. This particular product naming offers an idea to the Indonesian-wide audience, especially women, that non-white skin or darker skin is a “toxic” that needed to be “detoxed”.

Another advertisement by Pond’s also said “Dark out, White In. Increase your face value”. This kind of advertisement degrades Indonesian women with darker skin with the particular words selection “Increase your face value” which suggests that people are more valuable when they have whiter skin. The advertisement companies are using only “beautiful” fair-skinned women that results in positive effect towards women with fair skin color. This would then lead to the audience of those ads perceiving the idea that a whiter skin tone is somewhat more beautiful. Moreover, they also help maintain relations of power in which whiteness holds the supreme position. This ad feeds into the reconstruction of white-skinned face as beautiful, desirable, and generating positive effects.

A feminist cultural studies scholar Sara Ahmed argues, “Some objects more than others embody the promise of happiness. In other words, happiness directs us to certain objects, as if they are necessary ingredients for a good life” (Ahmed 2007). In relation to this study the skin whitening products as well as the advertisement become objects necessary for a good life. That particular fact leads Indonesian women to use all kinds of methods to enhance their skin, including the use of products that actually are in the list of illegal whitening products published by BPOM, an Indonesian body that regulates distribution of food and drugs. Those illegal products may contain amount of mercury that is higher than they are. Mercury can cause black spots, skin irritation, and in high dosage can lead to symptoms as dangerous as brain and kidney damage (Saraswati 2012). Mercury, too, is one carcinogenic element that could trigger cancer. This mere fact surely opposes whitening products as objects necessary for a good life.

The fact that women are still buying dangerous whitening products is strengthened by a recent media discussion held at RSU Bunda Jakarta, January 15th 2016, in which oncologist Afrimal Syafarudin stated, “One of my patient caught cancer as a result of cosmetic use. In my observation, they are using whitening creams that results in fairer-white skin in just two or three days”. Another expert, dermatologist Rachel Djuanda said, there is no such thing as skin whitening cream in, it is actually skin brightening cream. Rachel also advised that people should be extra cautious to products that instantly whiten their skin (Kompas 2016).

Other than products and media that embody this very opinion of fairer skin color is more beautiful than darker skin color, women themselves also devalues one another for having darker skin color. When Indonesian women are engaged in conversations, other than ‘Oh my god! Are you getting fat?’ that promotes body negativity, the question ‘Oh my god! Is your skin getting darker?’ is one of the most frequently heard. This portrays how society prefers when women have darker skin and women are made to feel reluctant and it is bad when they have darker skin. Darker skin is deemed very negative. The urge to use whitening products to fit in society amongst Indonesian women nowadays starts when they are teenagers. Teenagers in their puberty feels the change and maturity that comes through their body. This period of life is extremely crucial to them, because most of the changes both physically and mentally took place at this very period. In this period too, they started to embody this particular value ‘fair skin is superior to darker skin’. This is a very dangerous thought process. It could damage and disturb them as well as being carried out throughout their adult life.

It is undeniable that darker skin makes most Indonesian women uncomfortable and ashamed. However, women are also ashamed of admitting of using whitening skin products. This is strengthened by the interviews conducted L. Ayu Saraswati for her research, “Malu”: Coloring Shame and Shaming the Color of Beauty in Transnational Indonesia. One interviewee admitted that when she was in high school, her friends would ask whether or not her she uses makeup. She would not dare to confess of using makeup to cover up the fact that her skin was dark. Moreover, women that were being interviewed in Saraswati’s research are often ignored for not having lighter skin which is a parameter for being considered as beautiful (Saraswati 2012). The women fear of being shamed when they do not have lighter skin. Based on her interviews, almost all women with darker skin color are deemed undesirable by Indonesian men. On contrary, Indonesian women are often portrayed as attractive because of their naturally-possessed features, such as darker skin, dark eyes and dark hair by foreigners. More Indonesian women should see themselves in a positive way as such.

It is concerning that most Indonesian women seem to ignore the fact that having a darker skin is actually beneficial when living in a tropical country. By having darker skin Indonesian women are protected  from the high intensity of sunlight that they are exposed to throughout the year. Moreover, it is also a natural shield that protects from harmful skin diseases and neutralizes the dangerous effect caused by damaging chemical radiation (Jablonski and Chaplin 2000).

A bio-anthropology that studies about skin color variations in the five continent clearly state that a higher intensity and longer exposure to the sun results in darker skin color as the amount of melanin produced is higher. Melanin prevents UV getting through the skin up to the extend where the vitamin D is being synthesized by UV which means darker skin could help prevent an excess of hypervitamonis and folate acid (Indriati 2005). The darker skin is indeed beneficial.

In conclusion, the beauty standards vary greatly both from one culture to another and over time. In Indonesia, what is considered as beautiful gradually develops as well. Along the process of those developments, different factors are considered. The beauty standards that were initially based on traditional values being replaced nowadays by the media influences, cosmetic industry and their advertisements. In Indonesian cosmetic industry itself, the most popular products with the highest revenue are whitening products, indicating this very fact that there are a lot of demands from the market, meaning that a lot of Indonesians desire fairer skin. Those being mostly women that believes fairer skin is more desirable in comparison to darker skin when in fact many researches states that the darker skin is indeed scientifically benefit them for living in tropical country exposed to sun throughout the year such as Indonesia. 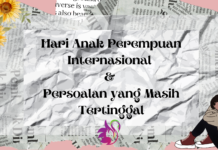 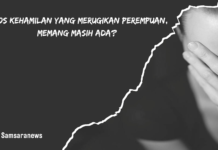